Uber, Lime and Spin scooters are now legal in SF 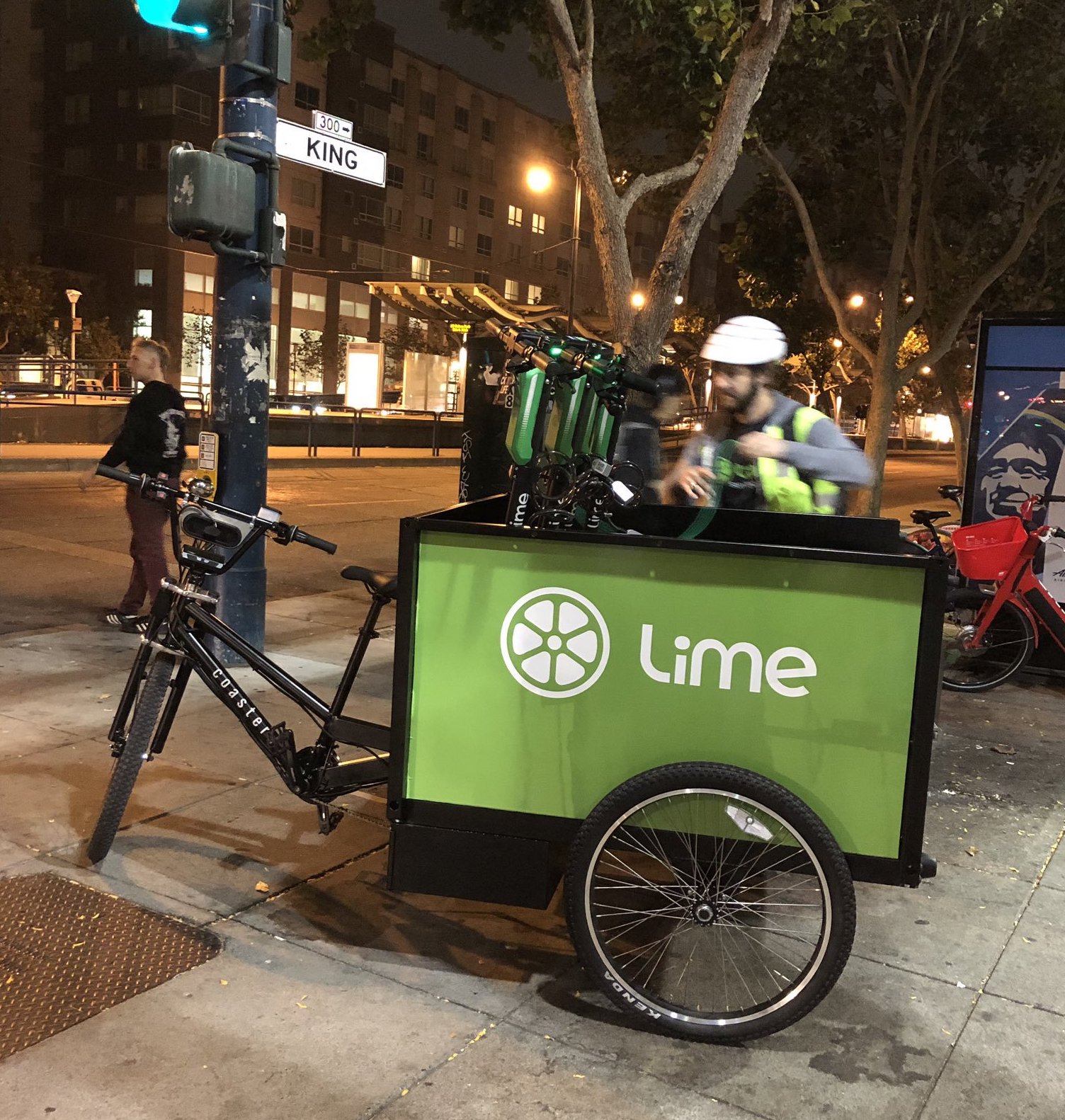 Uber, Lime and Spin scooters are now legal in SF

Uber,  Lime and Spin have officially deployed their electric scooters on the streets of San Francisco as part of the city’s permitting program. Last month, the city announced Uber’s JUMP, Lime, Ford’s Spin and Scoot were granted permits to operate the shared electric scooter services. Scoot,  however, has operated in the city since last year.

The new program allows Scoot to operate 1,000 scooters, down from the 1,250 it had previously operated, while JUMP, Spin and Lime will be able to deploy 500 each. That cap for new providers will increase to 750 on December 15 and 1,000 on Febeuary 15, 2020, as long as each company continues to meet the terms and conditions of the permit.

“The new Powered Scooter Share Permit includes a more stringent complaint tracking process through a shared complaint database,” the San Francisco Municipal Transportation Agency wrote in a blog post on Friday. “Operators will be required to track all complaints (and the resolution of these complaints) and provide this information to SFMTA on a regular basis. Operators will also be required to take proactive measures to ensure that their customers are aware that sidewalk riding is both unsafe and illegal and implement deterrent measures, including graduated monetary penalties and suspensions for those who engage in unsafe riding behavior.”

It’s worth pointing out that Uber will now benefit from both JUMP and Lime ridership. That’s because of the partnership Uber and Lime formed last July. Through the partnership, riders can reserve Lime scooters through the Uber app. In SF, however, this integration is not yet live. This means riders in SF can soon access JUMP scooters, Lime scooters, JUMP e-bikes, cars and transit info through a single app. For those with app fatigue, this is a major advantage for Uber.

Bird, which owns Scoot, could have applied for its own permit, but CEO Travis VanderZanden “didn’t want to get greedy with it,” he told me earlier this month at TechCrunch Disrupt San Francisco.

For both Lime and Spin, it’s been quite the journey to get to this point of city-sanctioned deployment. After deploying their respective scooters without permission last March, they were forced to remove their scooters and then apply for a permit. Lime and Spin were not granted permits and each subsequently appealed the city’s decision. The city denied both of those appeals, but a neutral hearing officer recommended the city allow both Spin and Lime to operate scooters in the future.

Fast forward to today, and the city legislators have now proposed the creation of an office of emerging technology. The idea is that before any new tech is tested or piloted, the city would review it with all relevant departments and determine if it results in the overall common good.

San Francisco Board of Supervisors President Norman Yee has already secured $250,000 to fund this new office. If his proposal passes, the office could open this January. That would mean any new tech, like automatic repositioning of micromobility vehicles, for example, would go through a more rigorous vetting process.

Uber, which is exploring sidewalk detection and autonomous re-parking of scooters and bikes, imagines cities seeing the benefit in that tech. In San Francisco, where it requires vehicles lock to a stationary object, Uber envisions a robotic lock that retracts itself.

“I suspect that the reason many cities require locks is for the same reason we think robotic tech is appealing,” Uber Head of New Mobility Robotics Alan Wells told TechCrunch. “If it’s locked to something, it’s far less likely to be in the way. I think the premise of the tech is to provide a far more flexible way to deliver that end-result of vehicles that are not in the way.”